The Weed Leaf: Everything There Is To Know 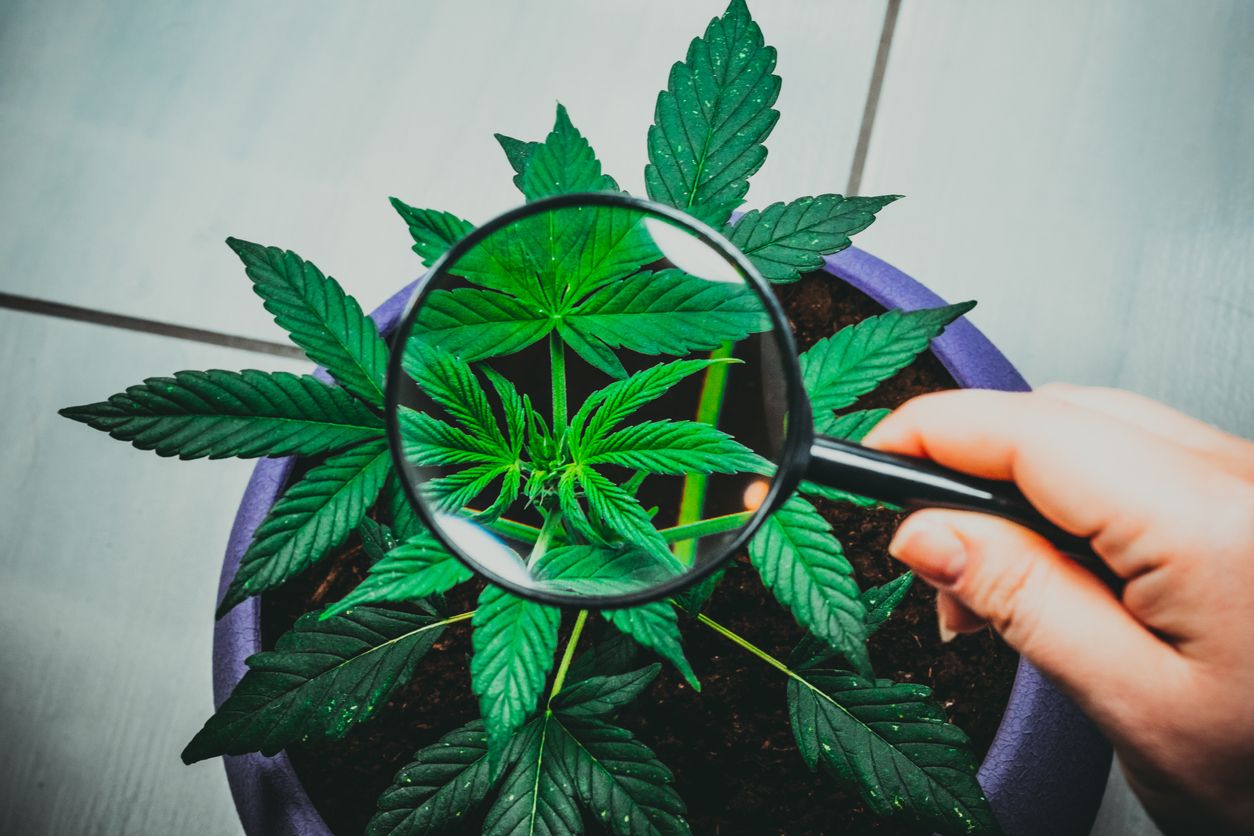 Way before it became a universal symbol of the modern global weed community, the weed leaf was a source of strong inspiration (artistic and otherwise) for humans in many corners of the globe throughout the history.

History Of The Weed Leaf:

The weed leaf has been around for a long, long time. A lot Longer, in fact, than many people realize. We now see evidence of cave paintings in Kyushu, Japan dated from around 10,000 years B.C. featuring different shapes of the weed leaf.

We can also see example of the cannabis leaves from the far east in early illustrations of the Egyptian goddess Seshat and Pharaoh Tuthmosis III. Even the ancient Greeks got in to weed leaf.

We also see examples from the ancient Greeks with cannabis plant taken from the Vienna Dioscurides dated at around 512 A.D.

Different Functions Of A Weed Leaf:

As it is with many other young plants, leafs are key components of a marijuanas plant’s life support system. The green pigment chlorophyll allows leafs to act as solar panels. This sunlight is essential to photosynthesis ( ve collected) allowing the parts of the plant to grow in the vegetative stage.

The underside of the cannabis leaf is covered in tiny stomata, microscopic holes that open and close like a door. Carbon dioxide goes in, oxygen and water go out avoiding nitrogen deficiency. The leafs can also absorb nutrients to feed the marijuana plant in a process known as foliar feeding. First named in 1785 for a kind of weed that grows in India, the indica marijuana leaf has seven to nine wide finger like leafs that are short and small. These are the most popular characteristics Indica-dominant strain plant leafs which tend to also have a stocky bush-like appearance.

French biologist Jean-Baptiste Lamarck coined the name Cannabis indica in 1785 to show the differences between the weed sativa strains and hemp.

Indica weed leaf short stature makes it a good choice of marijuanas to grow indoors or with grow lights and air circulation. You can also differentiate indica leaf if you pay attention to its colors, as indica leaf is a deep shade of green with brown spots which shows a high chlorophyll content. You can find indica leaf in Hindu Kush, Purple Kush, and Afghani Kush outdoor plants. The thin sativa leaf has more fingers than the indica leaf, with some strains having as many as thirteen. Thin leaf structure of the sativa plant is attributed to having a longer growth cycle to maturity and developing skinnier leafs.

Besides size and structure of the leaf, you can differentiate between indica and sativa by the colors and shades of the leaf. The coloration of sativa leaf ranges from light to dark green.

Sativa leaf can come from either male or female plants — from which we harvest the marijuana and male plants going to hemp.

Some examples of sativa leafs can be found in Jack Herer, Panama Red, and Durban Poison strains, but growers debate whether these strains are truly pure or simply sativa-dominant. Tracing its roots to Russia and Central Asia, ruderalis is a separate species of auto flowering weed that grows in the wild. The plants usually grow shorter than sativa or indica, sometimes only reaching a couple feet in size.

The leaf of the ruderalis strain plants have five to thirteen leaf which look very similar to those of the indica variety. The only seen difference is that ruderalis leaf is smaller and narrower. One of the only known pure ruderalis strains is Russian Auto CBD.

Discovered first by a Russian botanist D.E. Janischevsky this third species of weed that he named cannabis ruderalis. This type of marijuana grows in the wild across eastern Europe and was commonly used in Russia and Asia for depression.

Not only being a flavorful addition to any recipe, weed leafs carry many potential health benefits. Marijuana is a plant, which contains essential nutrients and antioxidant properties as any other green leaf healthy plants.

Raw weed leaves also contain good fats like omega-3 and omega-6 fatty acids. You may already be incorporating omega-rich products like avocado or salmon in your daily diet and marijuana leaf can offer some of the same benefits. If you need more fiber from your diet, raw weed leaf with brown spots is an excellent sources and can also aid with digestive issues like constipation.

Fan leaves and sugar leaves contain aromatic terpenes that may have antibacterial, antiviral, and even anti-tumor properties. Scientists have conducted numerous studies on the possible anti-tumor effects of weed terpenes, some of which have yielded positive findings. A study, published in 2012 in the journal BMC Complementary and Alternative Medicine found that the terpene cedrene, as an essential oil ingredient that can contribute to killing tumors in human tissue.

Getting The Most Out Of Weed Leaf:

Raw weed leafs are versatile and valuable, so be mindful the next time you trim them from your plants. Soaking your freshly grown weed leaves in cold water for 5 minutes then juicing them with some pineapple, pomegranate, apple, beets and or other vegetables is a very easy and super healthy way to make the most out of your weed leaf.

Juicing your weed leaf won’t transform the raw THCA acid into the psychoactive THC cannabinoid that will get you high. However, many consumers love feeling the health benefits without euphoria.

Something to remember, indica strains have more resin glands which yield a bigger amount of trichomes. Therefore, indica leafs tend to be stronger and have residual THC in them.